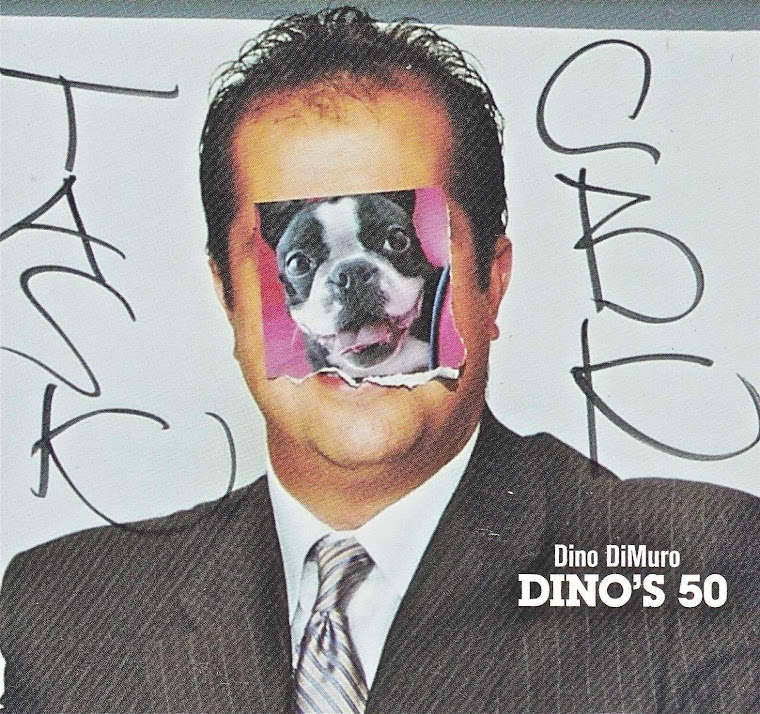 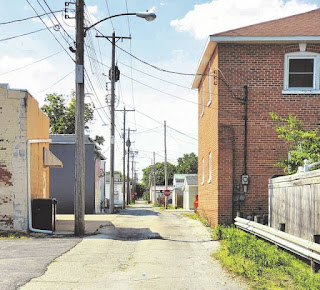 I just happened to be looking for images to illustrate a planned album called BROWN ALERT. Surprise! Somebody already released an album under that name! (Available on Amazon Music.) So now I'm temporarily calling that project HEATSTROKE ALLEY.

Then I figured: while I'm at it, I may as well lay out my future projects on this page, just so I have a record of what I tried to do when it all falls apart! So here they are, in order of possible release:

This one's very close to being finished. Just need vocals, some keyboards, acoustic guitars and final drums, then editing and mixing. Projected release date is mid-July 2021.

A wild card. Stuck for over a decade at 65% completion, this is an album I could finish in about three months if I were inspired, but the project is so old that it's hard to keep my enthusiasm going at full speed. However, even incomplete, it's one of my favorite projects and is a true concept album. October-November 2021?

An album with songs similar to PROJECT 5, but with possibly more involved keyboard instrumentals and longer guitar-centric tracks. Could even be a double album. In this order of release, completion of this album might go right up against my family's projected move to Oregon around May 2022. Hoping for painted artwork by my wife Sharon.

An album dedicated to songs with drum machines and drum samples. It's later on the list because I need to time to collect more drum loops and collate the songs. Might not start this one until after the big move.

No guitar solos or vocals, just Backgrounds. Sort of the opposite of Stopgap Sam. WAY in the distance!

Posted by recordings at 9:32 AM No comments:

PROJECT 5 A-COMIN' DOWN THE ROAD 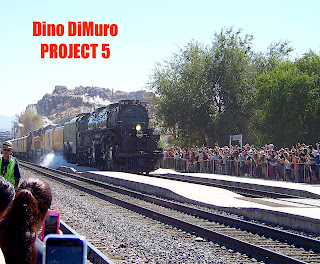 Now that Stopgap Sam's Last Stand has been out for a few months, it's almost time for the next installment titled PROJECT 5.

PROJECT 5 was originally meant to be my 5th release since restarting my catalogue with I Don't Know Tomorrow, but the long-delayed completion of ELMWOOD has been delayed even longer. By now, though, I like the name too much to change it!

After the expansive jams of Stopgap Sam and the lack of "extraneous" in-between material on The Dunning-Kruger Effect, PROJECT 5 is a return to the quick-cut style of I Don't Know Tomorrow, with the songs even shorter and faster (most under two minutes) and with lots of found sounds and voice snippets.

Above is the temporary cover that I'm hoping Greg Gierowski can Class Up once again.

Though I'm getting closer to finishing, there are a few major tracks to fill and lots of editing ahead. I'm hoping to have the CD available to buy or download by mid-July.

Posted by recordings at 12:14 PM No comments:

Stopgap Sam's Last Stand is on the way! 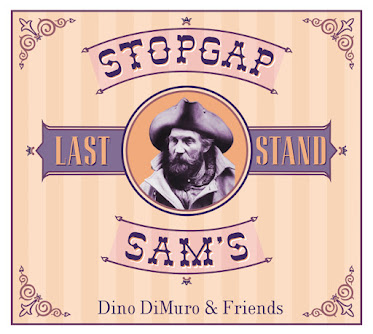 Currently the highly talented Greg Gierowski is designing the cover. As I have once again worked on my music too close to the Christmas season, I'm hoping to have copies available for mailing by sometime around mid-January, followed two weeks later by a Bandcamp upload.

As soon as I have some "official" artwork, I'll be converting my "Dunning Kruger" blog into a "Stopgap Sam" one-stop shopping blog. Watch this space!

Following is some boilerplate background to help reviewers:

Stopgap Sam’s Last Stand is a double CD (also available for download on Bandcamp) which is made up of new guitar instrumentals, a few cover tunes, and archival jams with my friends.

While not a sequel, Stopgap Sam’s Last Stand is a follow-up to a three-cassette album I released in 1994 (Stopgap Sam’s Steamin’ Stew), which served as a stopgap release between my last “official” cassette and my first manufactured CD. Those three tapes contained outtakes, jams, and new songs, though almost nothing was of good enough quality to include on an “official” release.

Like many others, I began the Covid lockdown by recording new music. In my case, I bought a new Ibanez guitar and started recording solos using the whammy bar, something I have almost never done. After taping over six hours of solos over three weeks, I decided that with judicious editing, I could release these as another “Stopgap” collection, but this time making sure that all new songs and jams were of the same quality level as a regular release.

I want to stress that in no way do I consider myself a “guitar virtuoso” but I do have my own unique (if not terribly proficient) style. The inspiration to do this kind of album was the Frank Zappa “Shut Up and Play Your Guitar” series. Also, on every guitar song I’ve played all the other instruments as well, including drum kit.

Normally my songs are very short, between one or two minutes. This double album gave me a chance to stretch out, though there are shorter songs as well.

Posted by recordings at 8:18 AM No comments:

A Whole Blog Devoted to The Dunning-Kruger Effect

Just what are you WAITING for??

Reviews, photos, links! See you there! 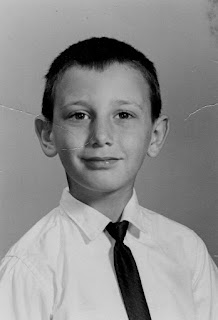 Posted by recordings at 1:27 PM No comments: 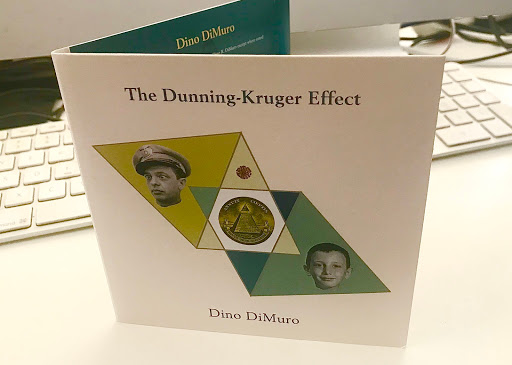 On Tuesday, August 11, my shipment of Dunning-Kruger CDs arrived! I was anxious to get them and start mailing. This project felt overdue: I'd finished all my own parts several weeks back, but was waiting on a guitar solo from Chris Assells and final artwork from Greg Gierowski before I could print. I'd always envisioned mid-August as my release date, though, so everything worked out fine.

For some reason, I'm really feeling a surge of postpartum depression on this project. The day the CDs were to arrive, all I could do was putter around the house, doing little chores here and there. When the box came at around 2:30, most of my mailers and letters were already printed, and I stuffed envelopes like crazy so I could get to the post office.

With the slowdown of mail - something I've already experienced as an Amazon reseller - even the excitement of finally shipping this album was tempered by fears that some of these packets would wind up in the trash. It's not impossible: a box with 15 copies of my previous CD which I handed to a postal clerk disappeared without a trace, even with tracking!

But ultimately it's hard for anything to rain too heavily on my parade. I'm overjoyed to have this album printed and out in the world, and can't wait to hear what people think.

The next album - a double guitar instrumental CD - is already 70% complete (thanks, COVID!) so I'm taking a little breather and catching up on family pictures, letters, etc.

Posted by recordings at 9:49 AM No comments: 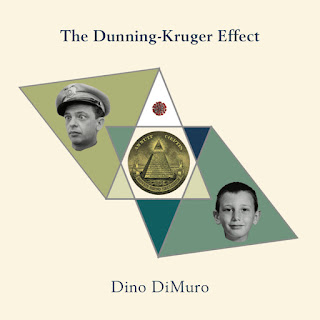 The wait (by ME, at least) is almost over!

Music and Artwork for THE DUNNING-KRUGER EFFECT have been approved, and the presses are rolling!

Very gratified to get a second CD out this year, with another project due by November!

More news soon. Tell your friends!
Posted by recordings at 3:19 PM No comments:

INDIE MUSICIANS! I would like to meet and trade CDs with like-minded independent musicians. I want to get beyond download links and actually build new relationships centered around music. My influences run from Zappa to The Who to Beefheart to Beatles, 90's Alternative, Classical, Blues, etc. Though I have a Bandcamp account (https://dinodimuro1.bandcamp.com) I very much want to trade physical CDs or even cassettes and vinyl. Thanks for your attention! Contact me at recordings@aol.com - Dino 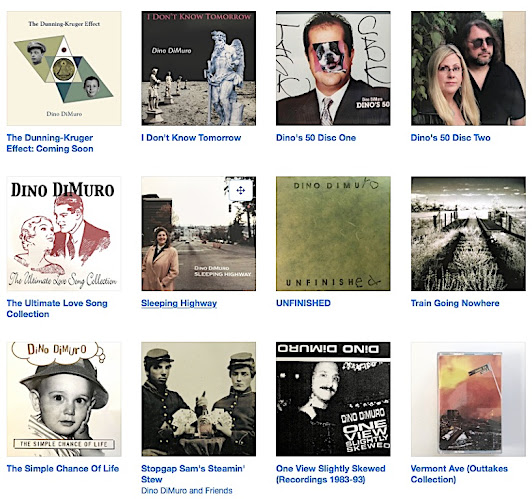 Posted by recordings at 4:24 PM No comments:

recordings
My name is Dino DiMuro. I'm a 63-year-old Hollywood native with a lovely wife named Sharon, and our shared brood of kids and adults named Nick, Friday, Elizabeth, Sam, and Sarah.